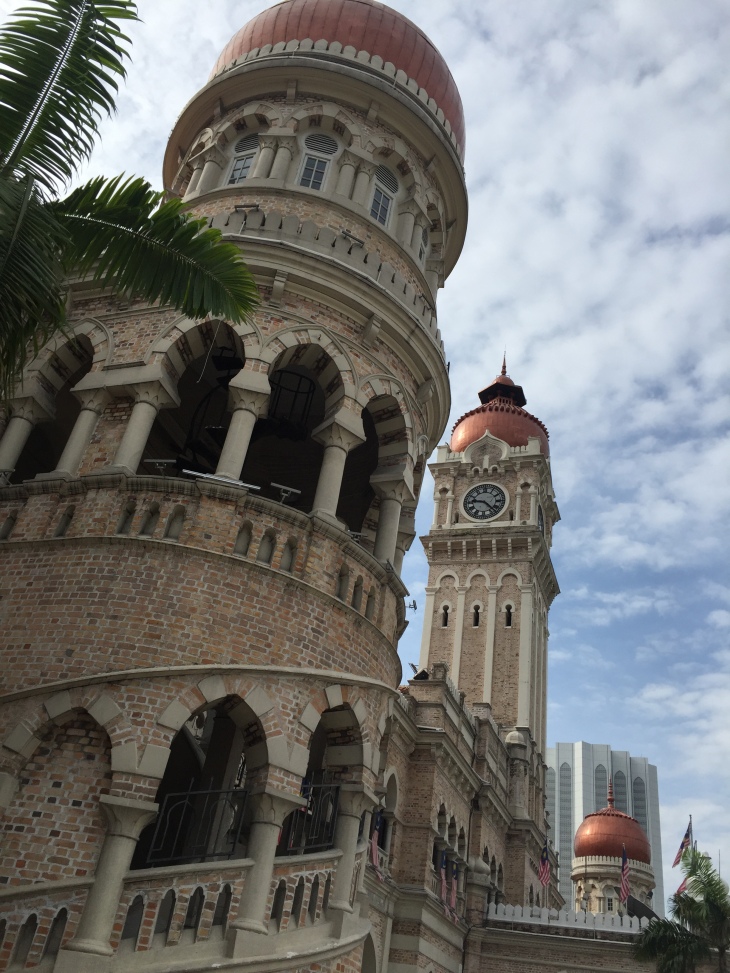 Sometimes the hardest part about travelling to some of us is the cost. I share with you some guide to these free things to do in Kuala Lumpur so that you don’t have to worry about budgeting.

Walk in the Park
Bless with the tropical weather, Kuala Lumpur offer you nice green park all year round. Enjoy greenery and fresh air in the middle of the urban jungle at some of the city’s large green lung parks. Both park you can reach by the MRT/LRT.
If you prefer slightly further from the hustle and bustle of the city, check out Perdana Botanical Gardens it was once known as Lake Garden, where you can cycle or jog around the pretty fountain lake. While KLCC Park located at Petronas Towers.
The view at Perdana Botanical Garden
Perdana Botanical Gardens, Jalan Kebun Bunga, Tasik Perdana, Kuala Lumpur
KLCC Park, Jalan Ampang, City Centre, Kuala Lumpur
Walking Tours
Slip on some comfortable shoes and take in Kuala Lumpur’s essential sights on foot. Potential trails include the historical Merdeka Square; Kampung Baru, a green Malay village within the metropolis; and Brickfields, KL’s vibrant Indian district. Free walking tours are available for each of these parts of the city (usually run by KL City Hall). Feel free to tip your guide.
Visit Religious Sites
Malaysia is unique culturally in two ways – it is home to three of Asia’s most elaborate cultures (i.e. the Malay, Chinese and Indian cultures) and most of the world’s major religions, all coexisting together in harmony. There are plenty of religious site that you can visit. So take your time to choose.
Jamek Mosque, Kuala Lumpur
Situated at the confluence of the Klang and Gombak Rivers in the very heart of Kuala Lumpur, Jamek Mosque is undoubtedly one of the oldest mosques in the Malaysian capital. Construction of the mosque began in the early 1900s and was completed in 1907, being commissioned by the British colonial government as part of efforts in developing the capital.
The historical Masjid Jamek
Batu Caves, Selangor
Although the limestone caves of Batu Caves have been utilized as shelters by some of the indigenous tribes (Orang Asli) for centuries, the Hindu temple that lies within it did not come into existence until 1890, when K. Thamboosamy Pillay, one of the most prominent figures in the Malayan Tamil community, installed a consecrated statue of Lord Murugan there.
Thean Hou Temple, Kuala Lumpur
The Thean Hou Temple, located atop Robson Hill in the Malaysian capital, is one of the largest Chinese Buddhist temples in Southeast Asia. Originally dedicated to Goddess Tian Hou (Heavenly Mother), worship of Goddess Guan Yin (Goddess of Mercy) and Shui Wei Sheng Niang (Goddess of the Waterfront) is also common in the temple.
Go Hiking
If you are into something challenging than a walk in a park calls out to you, then head to the hiking trails of Bukit Gasing or Bukit Nanas. These natural jungle trails will bring you closer to experiencing the tropical Malaysian rain forest. Go early in the morning because it gets hot later in the day. Also bring lots of bug spray, as mosquitoes thrive here. The best part both of this hiking trails is not far from the city centre.
Hiking trail at Bukit Gasing
Canopy walk at Bukit Nenas or known as KL Eco Park
Bukit Gasing, Petaling Jaya, Selangor
KL Forest Eco Park, Hutan Simpan Bukit Nanas, Jalan Raja Chulan, Kuala Lumpur.
Visit the Free Museums
Stop by to some under rated museums that detail Malaysia’s history. The Royal Malaysian Police Museum will take you on a tour of the local police force, from its beginnings in 1807 to its current incarnation, National Textile Museum and the Bank Negara Malaysia Museum and Art Gallery offers an insight into Malaysia’s financial system, including old Malayan money and educational displays on how money works in the Islamic Shariah system.
Muzium Polis Diraja Malaysia, Jalan Perdana, Tasik Perdana, Kuala Lumpur, +60 3-2272 5689
National Textile Museum, Kuala Lumpur
Bank Negara Malaysia Museum and Art Gallery, Jalan Dato’ Onn, Kuala Lumpur