Penang. Also known by the locals as Pearl of the Orient. Penang is the most popular tourist destination in Malaysia after Kuala Lumpur, and if you go there, it’s easy to see why. It is so beautiful, unique & rich of historical value. If you are short on time, I’ve put together an itinerary for you to make sure you don’t miss any of the best stuff if you’re just spending one day in Penang! In this posting i will be sharing with you a guide assuming  you are arriving from Kuala Lumpur by the train/ETS.

Upon arriving at Penang Sentral, take the Ferry to the island and lets start the fun part.

This is the closest attraction near Penang ferry terminal. Take a walk to this one of the most popoular spot to visit. George Town feels like a place where time stands still. The early Chinese settlements in Penang can be witnessed here, one of the last remnants of Chinese influence on Penang.  One thing i can assure you about this location is it insta-worthy photo stops and a leisure walk on the dockside. 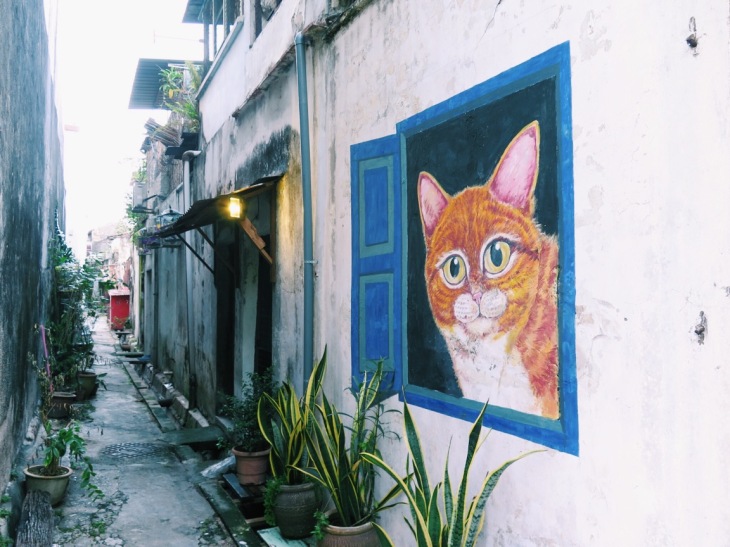 Head to Lebuh Armenian, Love Lane and Lebuh Muntri heritage streets in the morning where you can explore some fascinating Penang tourist attractions.The city is compact enough to be explored on a walking tour or on a bike ride.

A walk through these streets lets you discover amazing murals and paintings by the Lithuanian artist Ernest Zacharevic. His art and murals captivate everyone attention making these lanes a flourishing photo-stop for visitors. Some of his much-talked street murals are the ‘Little Girl in Blue’, ‘Little Children on a Bicycle’ and ‘Reaching Up’. You can even explore these street arts on a trishaw ride which costs about RM40 for a 30-minute tour of these winding colourful alleys. 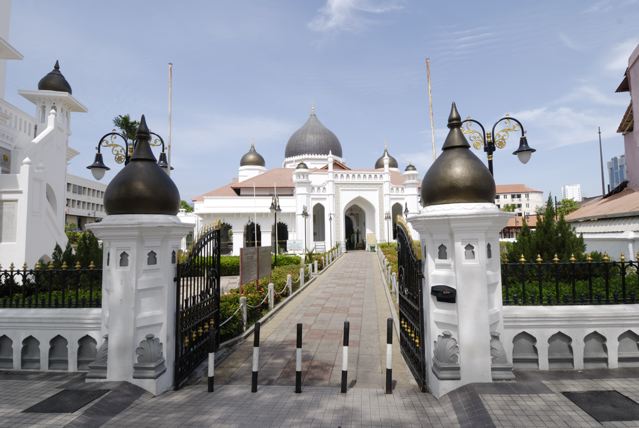 Kapitan Keling Mosque is a Penang landmark. Built in 1801 by Penang’s first Indian Muslim settlers (East India Company troops) located at Lebuh Buckingham and Lebuh Pitt. It is the largest mosque in Georgetown and looks sublime at sunset. It was named after the ‘kapitan’ of the Keling (a leader of the South Indian community similar to the leader of the Chinese community), Cauder Mydin Merican. The whitewashed mosque is topped with large golden-yellow Mughal-style domes, crescents and stars and features a single, typical Indian-Islamic minaret from which the sound of the azan (call to prayer) can be heard.

The Treasures of Khoo Kongsi

Located at Leigh Street, this indigo blue mansion that reflects the traditional Hakka – Teochew style architecture. What is fascinating about this mansion is that it takes you into the era of Chinese traditions which is depicted throughout the mansion’s architecture. This traditional-style Chinese courtyard house has 38 rooms, granite-paved courtyards, and 220 timber-frame windows. Converted into a heritage hotel, the structure has undergone a major restoration. You can even opt to spend your overnight stay here and find yourself amid the best Penang tourist attractions. 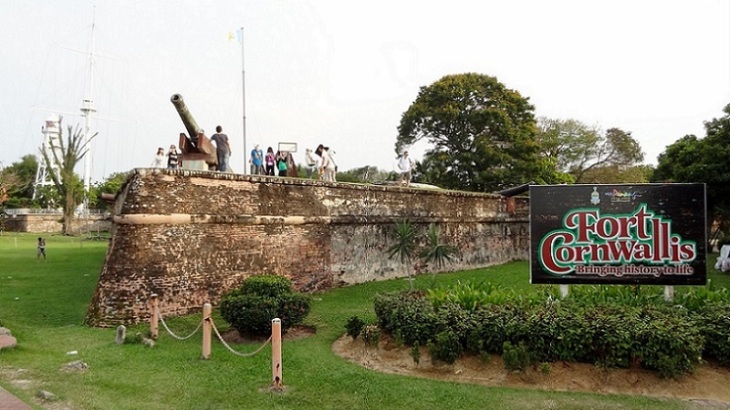 Set next to Penang clock tower, Fort Cornwallis is one of the oldest structures in Penang and the largest fortress in Malaysia. The fort is structurally built in a star shape as a measure to get better defense from enemies. Inside the fort is a bronze statue of Captain Francis Light, a harbour light tower, Penang’s first chapel and several bronze cannons, barrack areas and an enclosed park

I hope this will help you to have some ideas what to do in Penang within 24 hours.